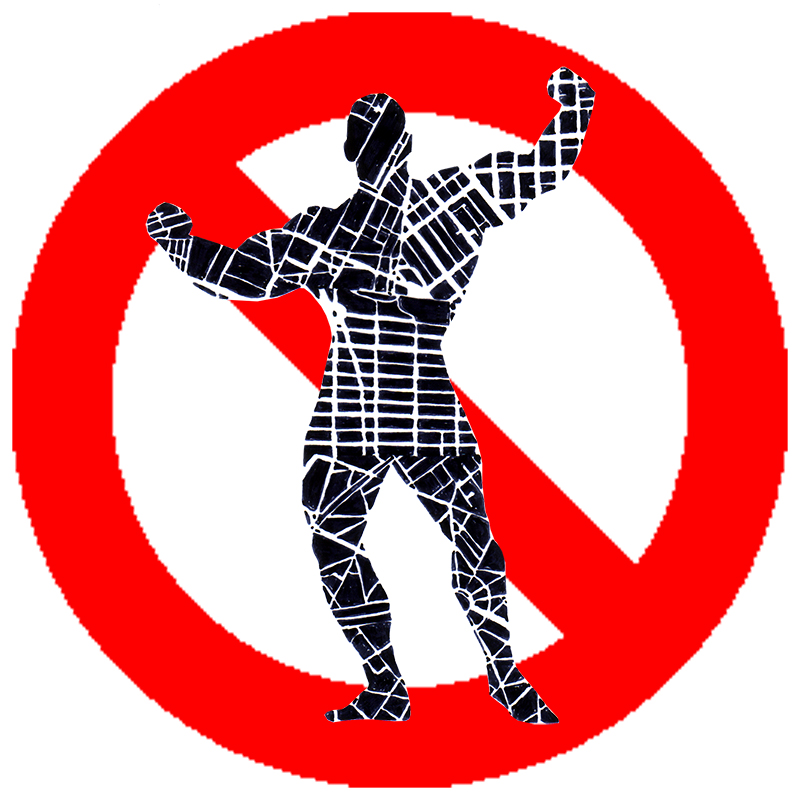 How to make cities attractive for women
We love the city as much as you do. They are places of great diversity, offering opportunities for everyone. But we believe that one major opportunity is not yet being tapped into, for public space is mainly tailored for men, while half of it’s users is in fact, female.

CIAM
Think about it. From a historical perspective, cities used to evolve in an organic fashion without anyone really considering the underlying process. But the foundation of CIAM in the 1920’s triggered a more strategic approach to urban development. Members of CIAM aimed to end the widespread existence of slums in European cities and started to actively plan out and design urban regions of the 19th century. Inspired by mass production they held the opinion that architecture had to be functional.

From a man’s perspective
Now here’s the thing. The urban planners and policymakers designing our cities for the last decade have predominantly been men. Not only have they thought about cities as mainly functional structures, but they also followed their own ideas and perspectives on what makes a functional city. Even with their best intentions in mind, it can’t be denied that they have simply been designing for their own kind without taking the needs of other city users into account all that much. Especially when we look at what this means for women in cities today, it becomes clear that a lot of opportunities have been missed. But here comes the good news: if we can design our cities to be equally appealing to men and women, everybody wins.

Getting from A to B
So let’s take a look at what’s going on. The most significant idea behind CIAM was the division of urban functions, meaning that areas reserved for living, working, shopping and recreation are all physically separated from each other. Research indicates that especially women are negatively affected by this because men and women tend to use urban spaces in quite different ways. As it turns out, men mainly get from A to B in a linear way, commuting back and forth between their homes and workplaces. Women, on the other hand, are known to not only take more varied routes through the city but also travel at more distinct hours. As a result, the mono-functionality of urban spaces is most inconvenient for female city dwellers.

Street level
Male-centered thinking in urban development can also be found in the design of our city’s buildings; women have expressed little value for the rather imposing architectural styles that dominate our urban landscapes. They tend to be drawn towards what’s happening at street level a lot more.

So what exactly is happening at street level? If you want to easily spot the effects of masculinity in public planning and recognize the underlying opportunities, the street turns out to be a place that can’t be overlooked. One example is that from a male perspective, public spaces ought to be vandalism-proof, which means design decisions are being made based upon the assumption that negative behaviour will occur. In effect, hard, solid materials are selected. But study has found that because of the perceived hardness of such materials this actually only evokes aggressive action, while a milder environmental appearance has proved to stimulate considerate behaviour. Now think about the potential to reduce vandalism costs! Once we realise that a more mild approach to city design is also the more economic one, it can only be a matter of time before we allow a more gentle touch to our cities.

Women hold the key
We could even go on to state that for cities to attract more residents in general, women hold the key. Acknowledging the fact that 85% of all direct transactions in the United States are being made by women, one might want to keep them hanging around any given downtown area as long as possible. And when it comes to the household expenditures of Dutch couples, women hold an even more decisive vote. Recognising that women even strongly influence where a couple will settle, the importance of making our cities more attractive to women can’t be pointed out enough.

Solutions
So how do we make this happen? As we have illustrated,
– women should have a stronger voice in the design process, because the gender imbalance of our cities starts at the drawing table.
– We should bring multi-functionality back into our public spaces. This will create a more functional and lively city.
– Instead of only trying to impose, buildings should reflect the needs of all users.
– We should allow for a more gentle design approach by considering different uses of materials and colour.

The final step is for all you architects, designers, urban planners, and policymakers out there. Our cities resonate with the voices of many. If we allow ourselves to be better listeners and create cities that are equally attractive to men and women, everybody will share the profit.

blog #8 An architectural guide for Zoetermeer

Birthday present
As a birthday present, I got a book that made me laugh, the ‘architectuurgids Zoetermeer’ ( Architecture guide Zoetermeer). Why did a dull city like Zoetermeer have an architectural guide? I got the book from an old friend. We both grew up in this Dutch New Town and don’t remember this city as very exciting.

Recognition
But still, browsing through this book was a feast of recognition. My mother’s house was pictured in it, as well as the parking-deck-houses, where I lived till I was nine. I started to look into this book with more interest. Quickly I stopped laughing.
The book is intriguing. It is filled with architectural experiments. The city has been build with a contagious optimism and the ambition to build the best living environment. All the latest ideas and research were used by a whole interdisciplinary team of architects, urban designers, artists and civil servants. They even had an experience expert onboard.

Overflowing city
Zoetermeer was an answer to The Hague. In the 50’s of the previous century, The Hague was a crowded city and didn’t have enough room to expand. Inspired by the garden movement the urban planners wanted to free the working-class from the polluted industrial city and to offer them a pleasant, open, and green living environment. In 1962 it was decided that Zoetermeer would become the nucleus in which The Hague could overflow. Zoetermeer transformed from a village with roughly 8000 inhabitants into a New-town with 125.000 inhabitants today.

Confusing
While reading about the intensity of which Zoetermeer had been built I became more and more puzzled. A lot of the elements I strive for today were implemented in Zoetermeer. For example, I aim for greener cities. Zoetermeer is very green. I aim for more child-friendly streets, where the cars are less dominant and where kids have more room to play. Zoetermeer has child-friendly neighbourhoods called ‘woonerven’.
How then is it possible that a lot of people talk condescendingly about Zoetermeer. Why do I find this city oppressive?

Oppressive principles
The city has been built according to the principles of a city model. In the book ‘welcome to the urban revolution’ the author Jeb Brugmann describes this model. It means that neighbourhoods were planned and executed at once. They didn’t grow organically and thus don’t have a stratification. This means their flexibility is minimal. It doesn’t matter that the architecture and urban design is experimental. The city is rigid.

So, for future New-towns, we should lose the inflexibility while we keep the same optimism and urge to experiment. And for existing New-towns let’s introduce a stratification and flexibility. This way they can become real cities, ones you can fall in love with.